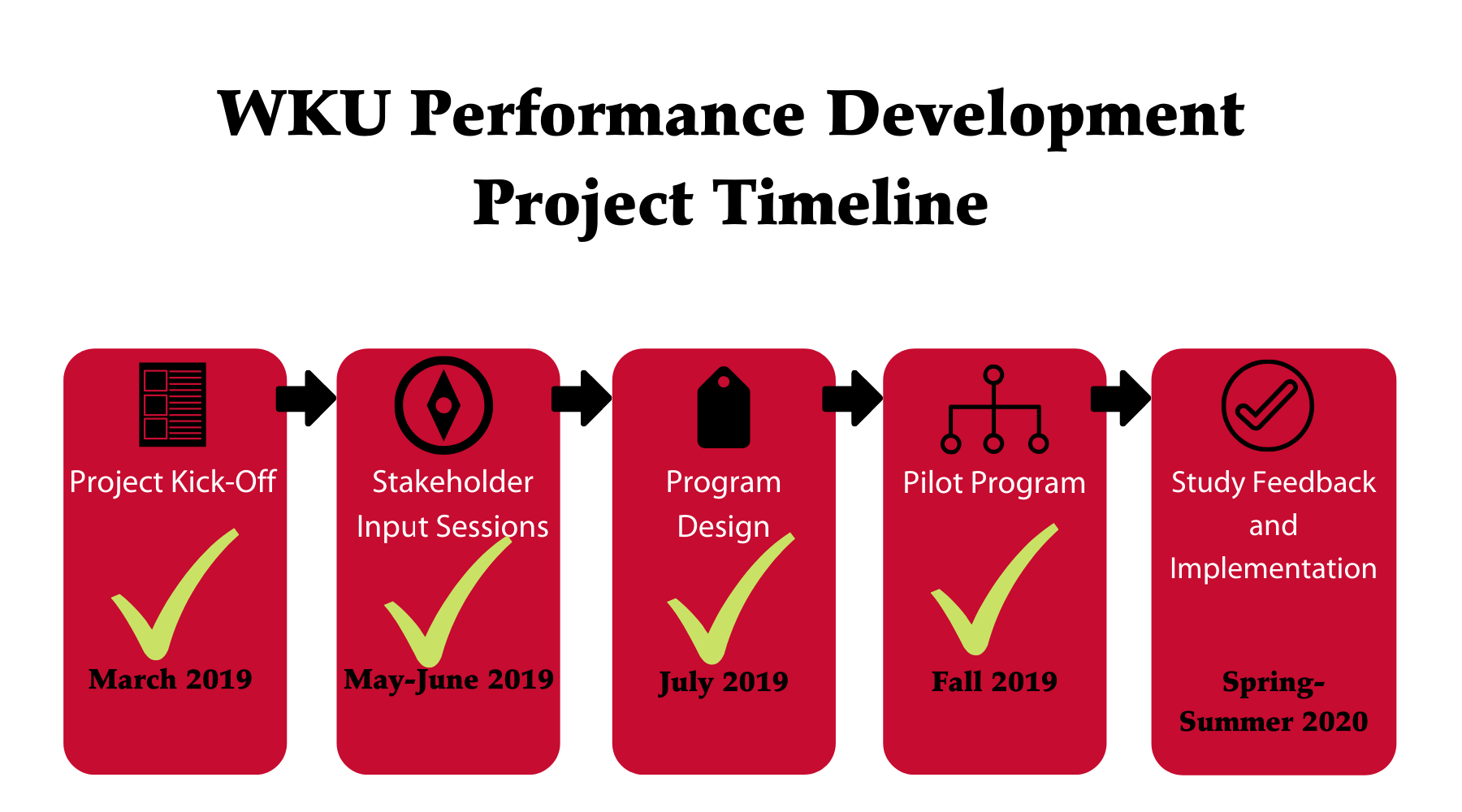 January 2020- Data and feedback from the Pilot Program is being reviewed.  An RFI has been submitted to seek information on technology platforms that can support the new process.

June 11, 2019- WKU project team (now including Design Team) hosts Non-Supervisor Input Sessions to determine what employees would like to see in a new PDP.

May 2019- Performance Development (PD) Design Team, Advisory Committee, and Pilot Groups are identified for the project.

May 1 & 2, 2019- WKU project team (now including Sibson Consulting) hosts Supervisor Input Sessions to determine what supervisors would like to see in a new Performance Development program (PDP).