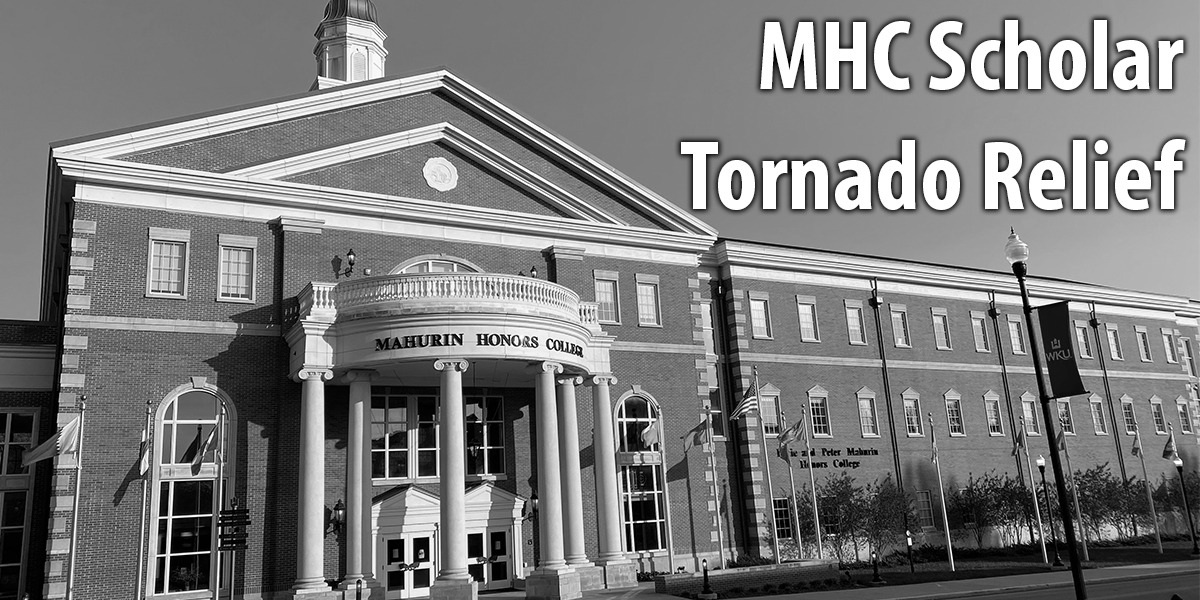 December 11, 2021 is one that will change the lives of many in our beloved Bowling Green for years to come.

In the days after the tornadoes tore through much of the southeast, but particularly in Western Kentucky and in Bowling Green, we have had friends and alumni reach out to our administration wanting to help MHC scholars however they can.  We are humbled by the calls, texts, emails, and outreaches of all kinds.  But I guess we shouldn't be surprised...MHC scholars give back in times of need.  And this is a time of need.

While we have heard that thankfully no WKU scholars lost their lives, we do know that undoubtedly, some have lost possessions and may have been displaced from off campus housing due to the tornadoes.

On December 13, an email was sent to all current MHC scholars asking that if they, or any MHC scholars that they know of, were impacted, to please let us know.

Simply put...we want to connect those who need resources to those who are willing to give.

We cannot guarantee we can help everyone or replace everything that is lost, but we are going to do what we can, because that's what we do at WKU and in The Mahurin Honors College.  We support each other. We love each other. We give back.

We thank you for your consideration,