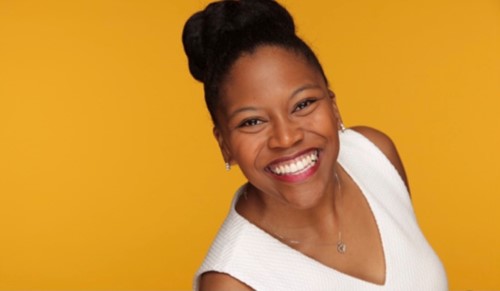 A key pillar of the Mahurin Honors College (MHC) is training scholars for success within their unique and diverse passions. In some cases, this allows scholars like Jayme Hardy (MHC ‘14) to trailblaze brand new opportunities and forge novel career paths.

During her time on the hill, Jayme pursued a major in social work. With a heart for serving others, Jayme was involved in a myriad of things ranging from Chapter President and Treasurer of Alpha Kappa Alpha to Co-Chair of the Step Show and a member of the Minority Women at Western organization. Jayme even applied her service efforts on an international scale. Through a partnership with the Office of Scholar Development (OSD), Jayme was awarded the highly competitive Gilman Scholarship, which helped to fund her study abroad program in Tanzania.

Within her social work program, Jayme noticed a common theme in the challenges within African American relationships and marriages. This became the center of her CE/T project and Jayme even developed a six-week relationship counseling group that focused on combating such challenges.

“I think the CE/T project was incredibly helpful in shaping me because that was my first opportunity to trailblaze something. I think having that foundation has been so beneficial because it made me comfortable with creating something brand new. Thus, when the idea of creating a new career was presented to me in my graduate program that concept was not super outlandish or scary to me. The same energy that you've got in college, when you're working on a project can be truly transformative in life.”

Upon graduating, Jayme realized she wanted to focus on mental health in higher education, because “I realized that the first responders to those student mental health issues didn't really have the necessary mental health insight.” For a time, Jayme pursued a graduate program at Eastern Illinois University, but she realized it was not the best fit for her. She ended up returning to her roots here on the Hill and received her Masters of Science in Social Work. She longed to be back in her hometown, but wasn’t sure what Nashville held for her. Under the guidance of several of her WKU faculty mentors, Jayme essentially wrote up a job description and pitched it to colleges around Nashville.

“This process was truly a gift because I learned how to describe my value to an organization and pitch myself as the solution to a problem they didn’t even realize they had. Somebody will say yes, because they know that they now need whatever you've got!”

Jayme landed at American Baptist College and faithfully served as an Experience Coordinator, Professor and accreditor team member for nearly three years. Now licensed in social work and equipped with a doctorate in social work from Lipscomb University, she could pursue counseling but also integrate herself into the student community. Following her doctorate, Jayme moved to Vanderbilt University for a position as Student Care Coordinator. Because of her diligence and deep concern for the student body, she was promoted to Assistant Director where she continues to serve today.

Jayme’s work outside of her career begs the question: is laughter really the best medicine?

She says yes! Jayme serves several organizations around Nashville including Unscripted Improv. Their mission is to “legitimately bring improv comedy into communities for wellness and connectivity.” While Jayme uses comedy to bring joy to others, it also benefits her as a creative outlet.

“Halfway through my doctoral program, I started to do improv and comedy because I needed a break. I went straight through from undergraduate to masters to doctorate program, and by that time I just ran out of steam. Stand up became immensely helpful to me. I got involved with Unscripted Improv and wanted to continue to be on the leadership team which brought me to where I am today.”

Jayme also serves on the board of organizations to which she has a deep personal connection.

“I was once a student at W. O. Smith Music School and am now the alumni president. That school was founded by a jazz musician in Nashville who wanted to provide music education to students who wouldn't be able to afford it otherwise. It is a K through 12 after-school program, and lessons are just 50 cents. I help to raise money, make decisions, and promote our mission.”

Likewise, Jayme is involved with the Promised Land Heritage Association which reveres the land that was established by African Americans after the Civil War. It includes old structures like a schoolhouse and church that has been turned into a museum.

“We exist to tell its story and be a physical representation of how African Americans have established communities. But I enjoy working here because I am a descendant of the people who established the land. So I take my personal connections combined with my experienced leadership skills to do my part!”

We will continue to watch in awe as you keep trailblazing new paths, Jayme (and maybe we will laugh a little on the side too)!