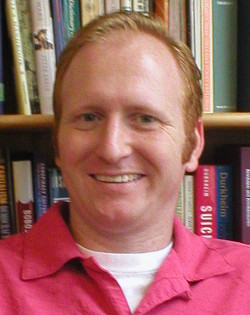 My work focuses on the seventeenth-century Spanish Caribbean, especially on the administrative framework that connected the region with Spain and the monarch. My dissertation was on the Audiencia of Santo Domingo, an appellate court with jurisdiction over most of the Caribbean; in it I argue that even though this tribunal faced poverty, enemy attacks, and antagonistic leadership, it was a flexible and durable, if inefficient, component of colonial administration. I have also completed several article-length studies of other aspects of seventeenth-century Spanish Hispaniola, on such topics as conflict among royal officials and the illicit slave trade to the region, while my future project will be on the relations between the Spanish and non-Spanish populations in the Caribbean region during the colonial era.

In conjunction with the Geography/Department, I regularly teach the Introduction to Latin America survey course, and am one of the co-directors for the Latin American Studies minor program. I also teach courses on Colonial Latin America and Modern Latin America, as well as the Western Civilization I survey (soon to be World History), and upper-division and graduate courses on the history of Mexico, U.S.-Latin American relations, and the Golden Age of Spain. In the future, I hope to develop additional courses on such topics as piracy or popular culture in Latin America.