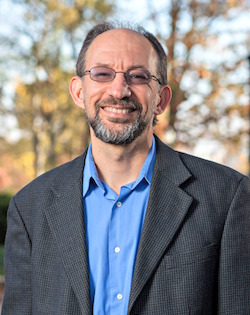 My current research extends my exploration of postwar urban and rural images and identities and my focus on popular culture as an important site of struggle over social power. This new project explores the origins, development and potential consequences of envisioning the great center of the nation as "the middle of nowhere" from the perspectives of both coastal commentators and self-defined "Flyover People." In particular, I am investigating the impact of central transportation and communication developments (especially transcontinental passenger air travel, the interstate highway system, and television) on the changing ways Americans envisioned the cultural and geographic boundaries and intersections of the nation.

My book Hillbilly: A Cultural History of an American Icon (Oxford University Press, 2004) won the 2005 Susanne M. Glasscock Book Prize for Interdisciplinary Humanities Scholarship from Texas A&M University. Hillbilly draws on a wide array of popular culture genres that featured hillbilly images including literature, country music, comic strips and cartoons, films, television shows, local festivals and even the Internet to examine the evolution of one of the most pervasive and enduring icons of twentieth century American popular culture. Although often overlooked or dismissed as a base image of mass entertainment, the hillbilly, I contend, has served as a continually negotiated mythic space through which modern Americans have attempted to define themselves and their national identity and to reconcile the past and the present.

I have also published related articles on the hillbilly image in Studies in American Humor, Appalachian Journal, The Journal of Appalachian Studies and Historically Speaking. I am the Co-Editor of the Media section of the Encyclopedia of Appalachia (Univ. of Tennessee Press, 2006) and serve as a historical consultant on several film documentaries.

I teach the second half of the Western Civ survey, both halves of the U.S History survey, the U.S. since 1945, History of U.S. Popular Culture since the Civil War, and a graduate seminar on 20th century U.S. social and cultural history. In addition, I team-teach the American studies survey each semester.