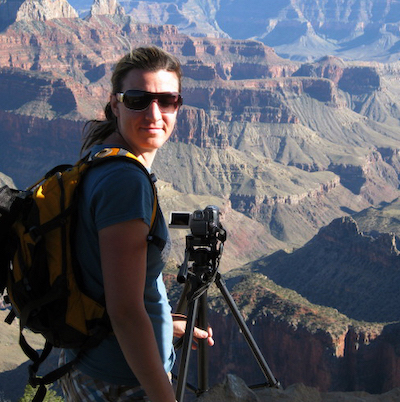 Dr. Ashley Stinnett, assistant professor of anthropology in the Department of Folk Studies and Anthropology, has assumed leadership of the Society for Visual Anthropology (SVA), expanding her long-time involvement with the organization. “She will make an excellent SVA president, and I am confident that the Society will grow and expand under her leadership—she has put together a strong, diverse team that will innovate and create new ways to engage visual anthropology within the discipline,” said outgoing Society president, Dr. Jerome Crowder.

In her two-year term as president, Dr. Stinnett will lead the SVA Executive Committee, comprised of four executive officers and a 12-person board of directors representing academic institutions in the US and abroad. She will facilitate the Society’s core platforms including the Visual Anthropology Review journal publication, the Visual Research Conference, the Film and Media Festival, and involvement in the American Anthropological Association annual meetings, in addition to professional and student awards, workshops, and partnerships.

For years Dr. Stinnett has mentored graduate and undergraduate students in visual anthropology at WKU and as a member of the Society. Her students’ original ethnographic films have been selected for screenings at the Society’s Film and Media Festival. As past pre-screener for this juried global film celebration, Dr. Stinnett helped transition the festival to an online format, including making films available to educators and students for free streaming during the month of November. She has participated in the Society’s research conferences and served on its student awards and conference programming committees.

A member of the WKU faculty since 2015, Dr. Stinnett is a cultural and linguistic anthropologist with specializations in applied anthropology and visual anthropology. Her work in the latter focuses on applied visual ethnography, virtual reality and immersive environments, and sensory ethnography. Dr. Stinnett’s filmography includes Growing Together: Las Milpitas de Cottonwood Community Farm and Pima County Public Library Seed Library. She currently is co-writing a cross-over textbook on visual and multimedia ethnography for Wiley-Blackwell. Dr. Stinnett directs the department’s Ethnographic Visual Production Lab and maintains a YouTube Channel that features students’ film productions.

A section of the American Anthropological Association founded in 1984, the Society for Visual Anthropology promotes the use of images to document and study human behavior. SVA members are teachers and researchers involved in all aspects of producing, interpreting, and sharing visual forms in cultural context. They examine how aspects of culture are expressed visually in still photography, historic photographs, film, video, and computer-generated images. SVA members explore how cultural significance, perceptions, and information are conveyed in art, architecture, objects, kinesics, proxemics, gesture, dance, communication, and other visual aspects of culture. They study how anthropological productions can be exhibited and used more effectively in classrooms, museums, and television.

Dr. Ashley Stinnett, assistant professor of anthropology in the Department of Folk Studies and Anthropology, has assumed leadership of the Society for Visual Anthropology, expanding her long-time involvement with the organization.