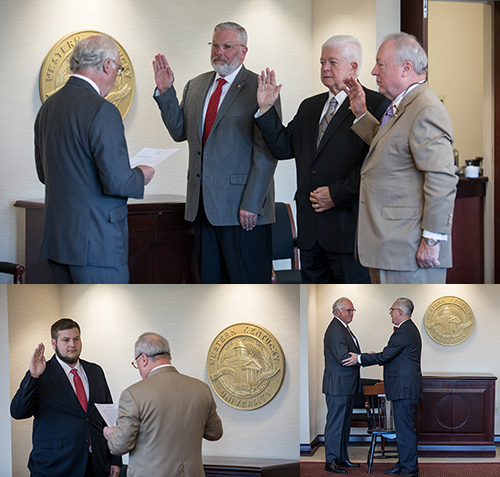 The WKU Board of Regents on Friday (Aug. 2) elected new officers and swore in its newest member, Student Regent Will Harris.

Dr. Phillip Bale of Glasgow, who has chaired the board the past two years, called WKU as special place. “Not being a graduate make you appreciate it even more,” he said. “The things that we’ve don will position Western well into the future to not only survive, but thrive.”

In addition to being the student regent, Harris, of Glasgow, is the president of the Student Government Association. He is pursuing his Bachelor of Arts in Corporate and Organizational Communication and Social Media Marketing.