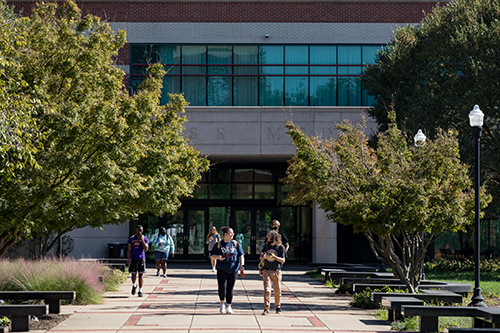 Western Kentucky University’s fall 2021 first-time, first-year student class has returned to the university for the spring semester in record fashion. In an email to campus on Monday, February 14, WKU President Timothy C. Caboni announced the university’s highest fall-to-spring retention rate among first-time, first-year students since the institution began tracking that data over a decade ago.

Overall, 90.9% of the first-time, first-year students who were enrolled at WKU for the fall 2021 semester returned to the institution this spring. This represents a 4.6 percentage point increase in just over four years, when the retention rate for first-time students was 86.3% among the class that entered WKU in the fall 2017 semester. It is also a 2 percentage point increase compared to last year’s fall-to-spring retention and is the first time the university’s retention rate has eclipsed the 90% mark since at least the fall 2010 semester, when the university began tracking fall-to-spring retention data.

President Caboni highlighted retention gains among populations that have historically been underserved by higher education. Retention among underrepresented minority students rose from 85.7% among the fall 2020 incoming class to 90.3% for the fall 2021 class. This represents a nearly 10 percentage point increase during the last four years, when only 80.4% of the underrepresented minority students in the class that entered in the fall of 2017 returned the following spring. Similarly, first generation student fall-to-spring retention rose from 85.5% for the fall 2020 class to 87.1% among the fall 2021 class, and low-income retention increased from 86% to 88.6% during the same time period.

“We have dedicated significant resources to closing the achievement gap among our students,” President Caboni said. “Helping students who for so long have been underserved by higher education perform as well as their peers is something of which we should all be proud.”

President Caboni noted that students leave higher education for a number of reasons, including financial difficulties, a perceived lack of support, and difficulty finding a like-minded peer group. He stated that the university has worked hard to address these concerns. “We’ve implemented an aggressive aid model to address our students’ financial challenges. We’ve expanded our student support services and made them more accessible to students than ever before. And we have worked diligently to connect our students with their peers to facilitate those student-to-student interactions that remain vital to success.”

One example of the university’s efforts to connect students with like-minded peer groups and to provide essential student support is the expansion of WKU’s Living Learning Communities (LLCs) within the newly opened First Year Village. In an LLC, students with similar academic or social interests live together on a residence hall floor and participate in activities tailored to their specific majors or interests. Students who participated in an LLC during the fall 2021 semester were retained at a rate of 95.2%, which is 5.9 percentage points higher than non-LLC participants.

President Caboni said he is pleased with the effect LLC participation has had on student success. “We fully anticipated that the launch of our First Year Village and expansion of our LLCs would pay dividends when it came to student success. These metrics clearly demonstrate that our efforts have paid off and that they’ve paid off quickly. We will now turn our attention to engaging even more students in our Living Learning Communities, because we know they work.”

Ethan Logan, Vice President for Enrollment and Student Experience, credited the Living Learning Communities with increasing the university’s overall retention rate. “The Living Learning Communities in our First-Year Village provided a boost to persistence to continue at the institution,” Logan said. He also noted that these increases will benefit students and the university long term. “Increased persistence in our first-year class will lead not only to retention gains but also timely graduation rates down the line.”

Chris Jensen, WKU’s Assistant Vice President for Student Success, noted that student support has become a trademark of the WKU experience. “The overall gains reflect the culture of student success that has been developed at WKU,” Jensen said. “Academic colleges and support units continue to make strategic changes to ensure all students are successful at WKU.”