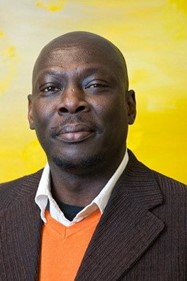 The WKU Department of English will recognize Ato Quayson for winning the Robert Penn Warren-Cleanth Brooks Award this fall. His book Tragedy and Postcolonial Literature won the award for outstanding literary scholarship and criticism.

Named after the Kentucky poet and literary critic Robert Penn Warren and his colleague, Cleanth Brooks, the Warren-Brooks Award celebrates literary criticism that is grounded in the methodology of close reading. In recent years, scholarship on increasingly diverse works of literature have been considered for the award, according to WKU world literature professor Dr. Marla Zubel.

“In the past, the award has mostly been given to scholars of American and British literature,” Dr. Zubel said. “It is exciting to see the award recognize scholarship on literature from other parts of the world.”

Quayson’s book Tragedy and Postcolonial Literature examines tragedy in literature from ancient times through modern day. It studies how postcolonial tragedies both engage and transform the traditional forms of tragedy. The book is one of Quayson’s multiple published works, and he has taught at prestigious universities such as New York University and the University of Toronto. Now, Quayson is the Jean G. and Morris M. Doyle Professor in Interdisciplinary Studies and Professor of English at Stanford University.

Quayson is set to visit WKU to accept the Warren-Brooks Award on September 16, 2022. To stay up-to-date on events within the English department, visit theEnglish department website andsocial media pages.