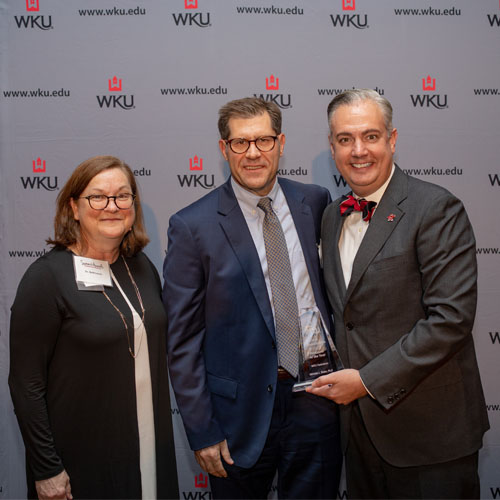 WKU Career & Professional Development (CPD) will offer a numerous innovative, convenient, and interactive classes designed to provide real-world information that help participants stand out in the workforce or develop personally.

When her family members were diagnosed with COVID-19, Bachelor of Social Work student Emiley Fallaway didn't miss a beat. She pitched a tent in the back yard and, with laptop in tow, continued her studies.

Students in the Glasgow region can now complete a bachelor’s degree in Engineering Technology Management close to home – and in person – through WKU in Glasgow.

The need for secure testing environments and trained testing staff has never been greater. One local test center has set the bar high for other post-secondary test centers and achieved national status as a leader in excellent testing practices.