Under the direction of the President of Western Kentucky University, the Co-Chief Diversity Officers (CDO) are responsible for providing vision, leadership, and counsel on efforts related to establishing diversity, equity and inclusion throughout the WKU community. In Fall, 2019, the Diversity, Equity, and Inclusion Leadership was reimagined and two officers, one from Academic Affairs and one from Enrollment and Students Experience, were appointed to champion a collaborative effort in envisioning the future of WKU. From this partnership, the DEI Workgroup was formed and the #ONE WKU was born. 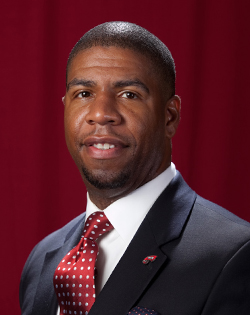 Mr. Michael P. Crowe, Jr. was named the first Director of The Office of Student Conduct (formerly Judicial Affairs) at Western Kentucky University  on April 1, 2008.  Mr. Crowe is a graduate of Western Kentucky University (1997 and 2000). Mr. Crowe has spent the last 21 years serving in many leadership aspects of the wide umbrella known as Student Affairs.  In 1995 he joined the Residence Life Staff at WKU becoming an Assistant Hall Director on staff.  In 2002 Mr. Crowe joined Virginia Tech, where he served as the Assistant Director of Judicial Affairs.  Mr. Crowe next served as the Associate Director of Residence Life in 2003 for the Office of Housing and Residential Education at Vanderbilt University. His career in Student Affairs came full circle, when he rejoined the staff at WKU as the Director of Student Conduct.

In November of 2013 Mr. Crowe was appointed as a Deputy Title IX Coordinator for the University and currently serves as an investigator. In addition to his role as the Director of Student Conduct, he is also responsible for managing the day-to-day procedures associated with the University's Title IX investigations with a particular emphasis on investigating alleged cases of sexual assault, sexual harassment, and intimate partner violence involving students. 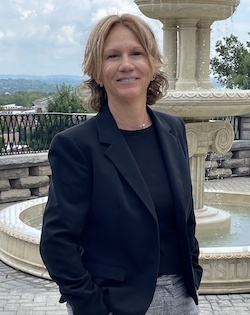 Dr. Molly Kerby (She/Her) is the Assistant Provost for Inclusion, Integrative Learning, and Community Engagement at Western Kentucky University. Dr. Kerby also holds the rank of Professor in the Department of Sociology & Criminology, teaches courses in the Diversity & Community Studies major, and serves on disstertation committees in the EdD program. She received undergraduate degrees in sociology and environmental science and a Masters of Public Health (MPH) at Western Kentucky University. She went on to complete her PhD in Higher Education Administration at the University of Louisville.