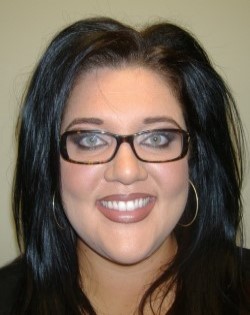 Soon after graduating from WKU with her Bachelor’s degree, Amanda became a Human Resources leader for Target Corporation, and then went on to lead Human Resources for Macy’s Incorporated across Nashville and Memphis, TN. After 9 years in retail management and Human Resources within the retail industry, she was asked by a former colleagues to join the Health Care industry. She took the leap of faith and joined Sarah Cannon, the Cancer Research Institute of HCA Healthcare, in a temporary Human Resources role. Since then, she became the permanent Human Resources leader and worked with a talented team to implement a number of programs, enhancing the culture and work environment at Sarah Cannon. Most recently, she became the Director of Strategy Execution, leading the “people strategies” for the company. Her work has spanned across compensation practices, leadership development programs, organizational structure and design, retention workshops, internal communications strategies, talent acquisition and onboarding, organizational culture, and diversity, equity, and inclusion (DEI) strategies.

Amanda earned her Bachelor’s Degree in Communication Studies with a minor in Spanish and studied abroad in Costa Rica for her final Spanish courses. She later earned her Master’s Degree in Organizational Communication. She conducted and presented academic research on well-being programs and unobtrusive control in organizations (Southern States Communication Association, 2013), on rhetorical image repair (Central States Communication Association, 2013), and conducted an independent research study using autoethnography to apply critical theories to a real world case of work place incivility (2018).

Amanda occasionally visits the Department of Communication to share her experiences and the application of communication theory to the real world with students in our programs.

Amanda is a passionate traveler and enjoys spending time with people in differing cultures in cities, states and countries across the world. She avoids tourist attractions and seeks out the native experience, journaling her experiences with strangers. She now has friends in several countries and all over the US. Amanda also enjoys attending concerts, and while living in Nashville, has attended almost one concert every month for several years. Believe it or not, none of them have been country music events!

Most Vivid Memory of WKU

“I was quite active in student organizations during my undergraduate years at WKU. I was the president of the co-ed Business Fraternity, Alpha Kappa Psi, was the president of our IABC Student Chapter, was a member of the Gordon Ford Dean’s Student Council, was a Communication Department Ambassador, and was a member of the WKU Women’s Choir. I have several wonderful memories across various scenes of my college experience. One of the most vivid was when my Fraternity, Alpha Kappa Psi, partnered with the Fraternity, Kappa Alpha Psi, to host a Professional Development Fashion Show called, “What Not to Wear,” showcasing appropriate and inappropriate professional attire. The event was held in the Garrett Ballroom (some of you may be too young to know the nostalgia that place creates for some of us), and we had a packed house! And oh,  you should have seen some of the outfits we showcased!”