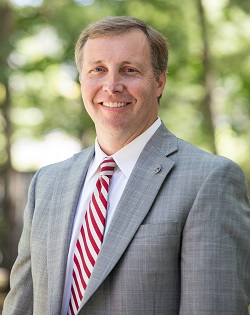 Dr. Donald Smith is employed as the President of the College Heights Foundation at Western Kentucky University. He previously served as the Associate Vice President for Institutional Advancement at WKU and the Executive Director of the WKU Alumni Association. Donald has worked in various areas of institutional advancement at WKU since 1994. He received his bachelor’s degree in corporate and organizational communication from WKU in 1994. He received his master’s degree in higher education administration from Vanderbilt University in 1998 and then received his doctoral degree in higher education and leadership from Vanderbilt in 2012. Donald has had a variety of experiences in foundation management, alumni relations, annual giving, development, advancement services, capital campaigns, and administration. He is an active member of the Council for Advancement and Support of Education and is a past president of CASE Kentucky Board of Directors.

In addition to his higher education experience, Donald has conducted many workshops and seminars on a variety of leadership topics. Smith has also been active in the Bowling Green community by serving on the boards of the American Red Cross, Bowling Green East Little League, Warren County Pee Wee Baseball, Bowling Green Western Symphony Orchestra, Leadership Bowling Green Alumni Association, Hilltopper Athletic Foundation, W-Club, and the WKU Foundation as well as volunteering for non-profits such as the Capitol Arts Center, American Cancer Society, Housing Authority, Junior Achievement, and the United Way.

Smith is married to Dr. Jennifer Mize Smith of Bowling Green, Kentucky.  Mize-Smith received her Ph.D. from Purdue University and is an Assistant Professor in the Communication Department at WKU.  They have one son, Jackson.