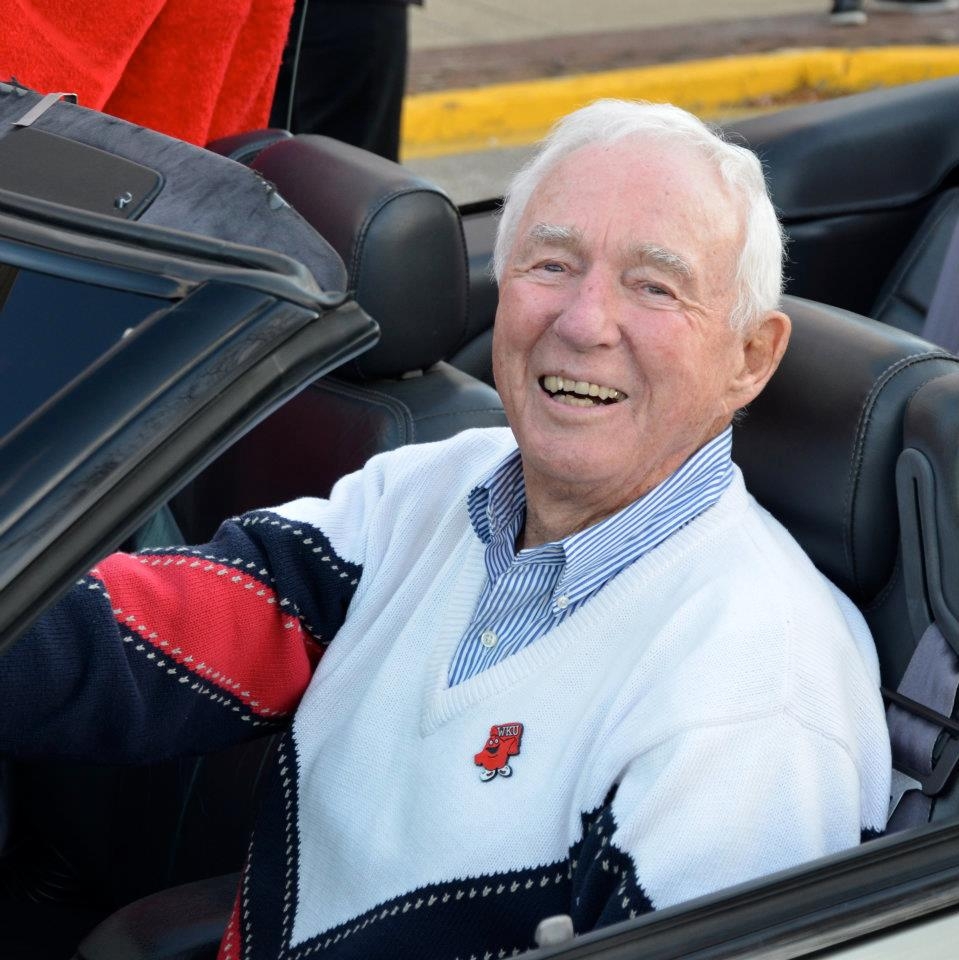 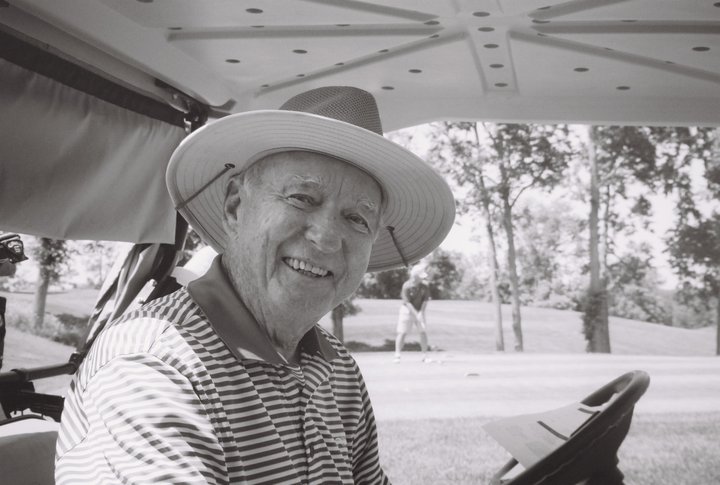 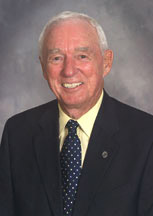 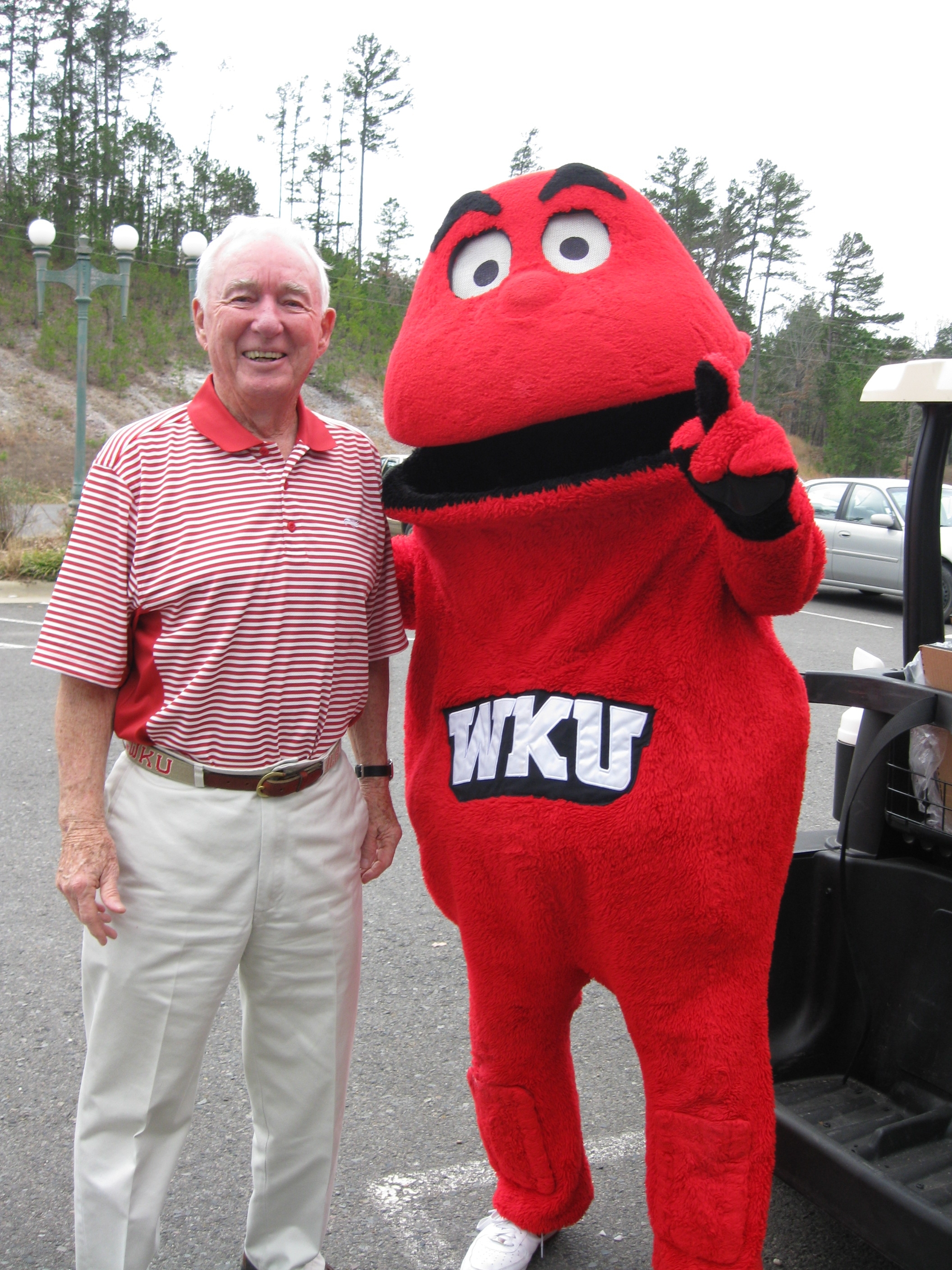 In his more than sixty year association with the school, Lee Robertson has earned the title “Mr. Western.”Robertson, a native of Calhoun, is a 1950 graduate with a major in health and physical education and minors in English and biology. He completed his master’s degree in educational administration in 1957. Robertson began his professional career as a teacher and coach at Park City High School in 1950-52 then moved to his native McLean County where he was teacher, coach and principal at Livermore High School.In 1957, he became assistant superintendent of Barren County schools. In 1958, he was named superintendent.  While in Glasgow, Robertson was an active member and president of the Alumni Association National Board of Directors.In April 1960, President Kelly Thompson asked Robertson to return to Western as director of Alumni Affairs and Placement Services. As Alumni Director, Robertson was instrumental in increasing the number of clubs from one to more than 50, creating quality Alumni publications, and beginning an annual giving program along with other alumni activities.Robertson was a member of the American Alumni Council and later the Council for the Advancement and Support of Education. He was among the group that launched CASE-Kentucky to coordinate and unite advancement efforts among the state’s colleges and universities. In 2004, Robertson received CASE-Kentucky’s Beth K. Fields Award, which recognizes someone who continually goes over and above the call of duty and epitomizes the advancement profession.The placement office became a separate department in 1971, but Robertson remained as alumni director until 1985. That’s when he retired for the first time and went to work in the private sector in Florida.  But Robertson soon returned from Florida and served as director of the WKU-Glasgow campus. Then he answered the call from Western again and served as men’s golf coach for six years.Robertson now serves as Special Assistant to the Vice President for Institutional Advancement, where his longtime association with Western alumni and friends allows him to assist the offices of Philanthropy and Alumni Engagement and to continue his support and promotion of the University.In August 2002, Robertson received the first Spirit of Western Award, which recognizes an individual who represents enthusiasm for Western, loyalty to the institution and principles of the Western experience and its motto “The Spirit Makes the Master.”Robertson also served with the U.S. Army’s 44th tank battalion in World War II from 1942-45 and spent 18 months in the South Pacific. He was awarded five Bronze Arrow Heads for beachhead landings in New Guinea and the Philippine Islands.Robertson and his wife, Joyce, live in Bowling Green. They have a daughter, Melinda; a son, Steve; three granddaughters; and three great grandchildren.

The Lee Robertson Scholarship Fund was established as a perpetual trust in the College Heights Foundation in honor of Lee’s retirement in August of 1985. The Lee Robertson Scholarship Committee was originally chaired by Jimmy Feix, who was then Director of Alumni Affairs.  In a deserving tribute to Lee, the scholarship assists a worthy WKU junior who submits an essay entitled “What Western Has Meant to Me.”

In Honor of Lee’s 100th birthday and in lieu of gifts, contributions can be made to the Lee Robertson Scholarship Fund to continue the impact of Mr. Western with future generations of Hilltoppers in perpetuity. 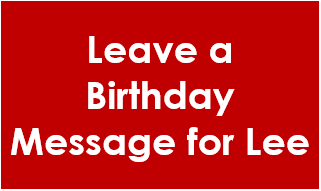 A special thank you to all of our sponsors that made this birthday party possible for Mr. Western!