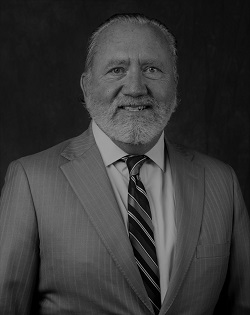 Mike graduated from Western Kentucky University with a degree in Community Health in 1985. He went on to complete a Master’s degree from WKU in 1993, specializing in Student Personnel Services. Mike also has completed educational hours at Kentucky Wesleyan College. While on the Hill, Mike was active in Sigma Nu fraternity, which he continues to support today.

Mike has been very involved in volunteer work for WKU. He currently serves on the Student Life Foundation Board and is the Chairman of the College Heights Foundation Board for which he was chosen as the 2004 CHF Volunteer of the Year. He has served on the Hilltopper Athletic Foundation Board, the President’s Circle Advisory Committee, and the Libraries Advisory Council. Mike has also volunteered to help with the Southern Kentucky Book Fest, the Bracket Booster program, and hires WKU athletes to work at his business.

He is a member of The Leader in Me campaign, which teaches young students skills to become leaders and is run by the chamber, Bowling Green Independent Schools and Warren County Public Schools. . He is vice-chairman of the International Bluegrass Music Museum, past chairman of the Community Foundation of South Central Kentucky, chairman of the church council at Broadway United Methodist Church and co-chairman of the Roots and Branches Music Festival.  He was the Bowling Green Area Chamber of Commerce 2012 Small Business Person of the Year.

Mr. Simpson is married to Kim Eisert Simpson, Food Service Director for the Bowling Green Independent School District. She graduated from Western Kentucky University in 1985 with a degree in Hotel, Restaurant, and Tourism Management. Kim is a member of the Kappa Delta sorority. The Simpsons have one son, Cleveland, who is a current WKU student.