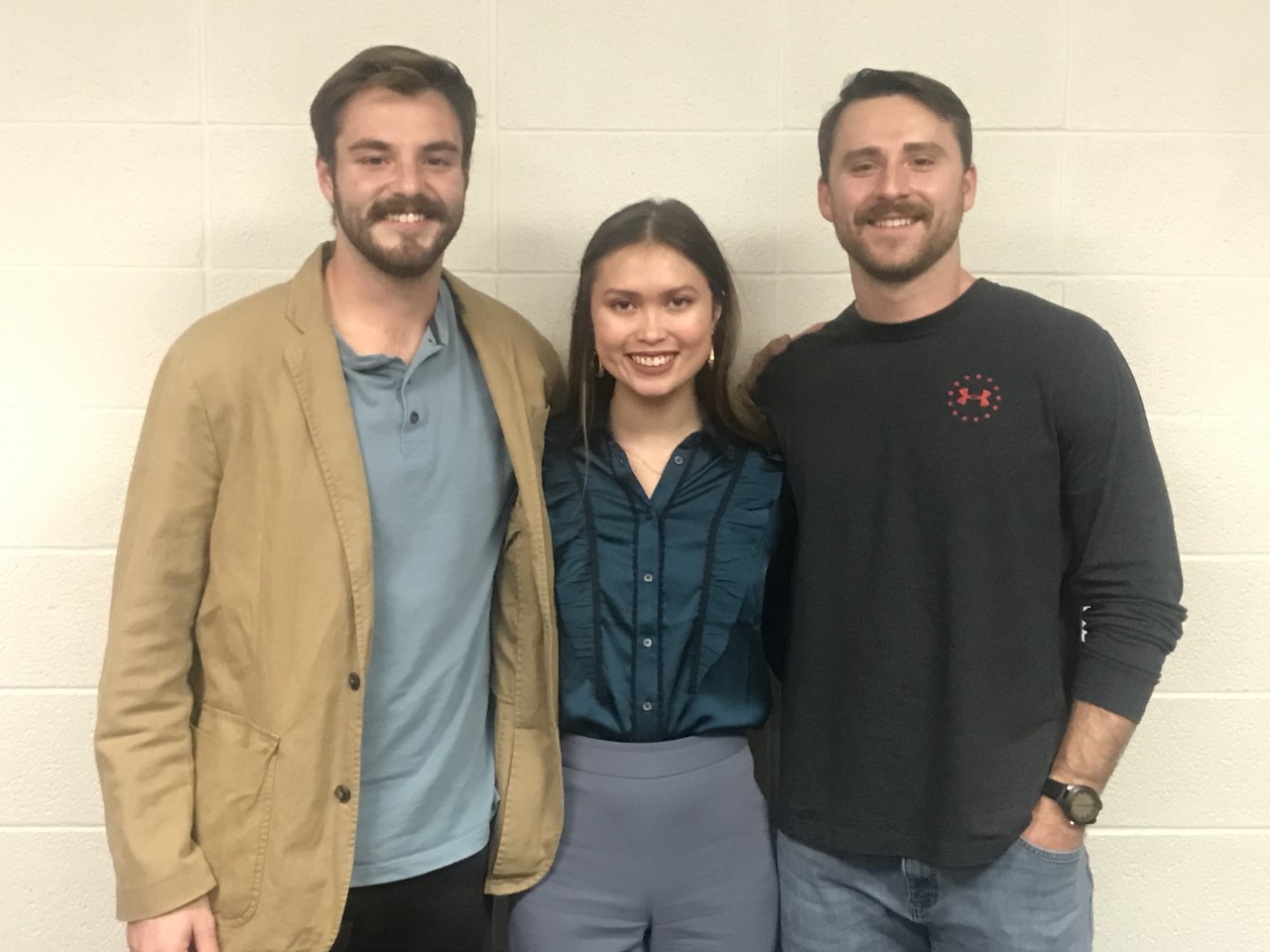 On November 19th, 2019, The Center for Entrepreneurship & Innovation hosted the “Student Startups” Event. Staci Henderson, Nathan Brooks, and Andrew Upton are three incredible student entrepreneurs who shared their passions and personal experiences with their peers. The world of entrepreneurship is incredibly freeing and allows for the mix of creativity with a career, but it can also be quite daunting. Staci, Nathan, and Andrew did an amazing job of resonating with their peers and encouraging one another to #startsomething. As Dr. Cole Crider stated at the beginning of the event, “We’ve had well-established, outside speakers at our events before, but we wanted to try and show students that they can start on their entrepreneurial journeys right now. It is important to expose students to both entrepreneurs in the community and the entrepreneurs right on campus.”

One of the main goals of the event was for it to be student ran and operated, so Brandon Johnson and Caroline Cavin, the President and Vice President of CEO, led the discussion panels.

The first student speaker was Staci Henderson, a journalism major at WKU. Although she now has a clear idea of what she wants in life, Staci didn’t always know what she wanted to major in – like many other college students. She told the audience that she had always said to herself, “If I can’t figure out what to do in school, I’ll just start my own business.” So she always had a little bit of an entrepreneur in her. Then, Staci got the idea for “SpeakEasy” a women’s publication. Staci understands that the market for women’s magazines is very saturated, but she thinks there is a hole in that world where SpeakEasy will fit perfectly. “My company is a publication. I’m not putting out a product or a service – I am publishing insight.” Staci went on by saying, “I love beauty and lifestyle content, but I also want a magazine that is informative, as well as entertaining. That is why SpeakEasy has three core values: honesty, openness, and ease. A women’s interest magazine that is honest about what women face, a new level of openness and transparency from writers, and easily read and understood.”

The second student up to speak about their startup was Nathan Brooks. Nate was always attracted to the world of entrepreneurship. He started his presentation by sharing, “The main reason I want to become an entrepreneur is that I hate working for someone. I want to work for myself, and I love branding and building.” Nate went on to say that he has always had some sort of idea that he wanted to bring to fruition. His startup idea is called “Nice Foods” a non-profit food truck for the food insecure and the homeless that uses a pay it forward method. Nate went on to say, “I am passionate about the issue of poverty, Nice Foods is one of how I am trying to make a local impact. My greatest hope is to live in a world where everybody eats.” Nate got the idea during his spring semester abroad when he saw the effects of food insecurity first hand. “I was in England last semester when I saw a group of people handing out food to the homeless. When I went up and asked what they were doing it for they said, ‘We're just having a picnic with friends’ and I got inspired to create something like that in the U.S.” Nate has made Nice Foods his official WKU thesis project.

Andrew Upton was the final speaker. Andrew has worn many hats over his college career. He has worked for major companies like FedEx and Amazon, he recently completed an internship at Gartner, Inc., and he has started his own headlight restoration business. He knows what it’s like to be in the corporate world, as well as what it feels like to be a small business owner. Andrew began by saying, “66% of small business owners are personally responsible for operations, finances, sales, and most of all marketing.” Because of his experience on both ends of the spectrum, and he has created the idea for Small Business Lead Generation, a tool for business owners to have their websites ranked at the top of someone’s google search. He plans to make Small Business Lead Generation a one-stop-shop marketing agency for small business owners with a specific niche. “With my experience as a small business owner and my history working for larger corporations, I feel like I can be the one the bridge the gap between the two.” Andrew is set to graduate in December and is in the final stages of getting his startup off the ground.

About The Center for Entrepreneurship & Innovation

The mission of the Center for Entrepreneurship & Innovation is to increase and develop entrepreneurial students through engaged learning, by enhancing connections across campus, and in strengthening community relationships.

“Making connections to and for Entrepreneurial Students!”

If you would like more information about this topic, please contact Dr. Whitney Peake at 270.745.4142 or email at entrepreneurship@wku.edu. 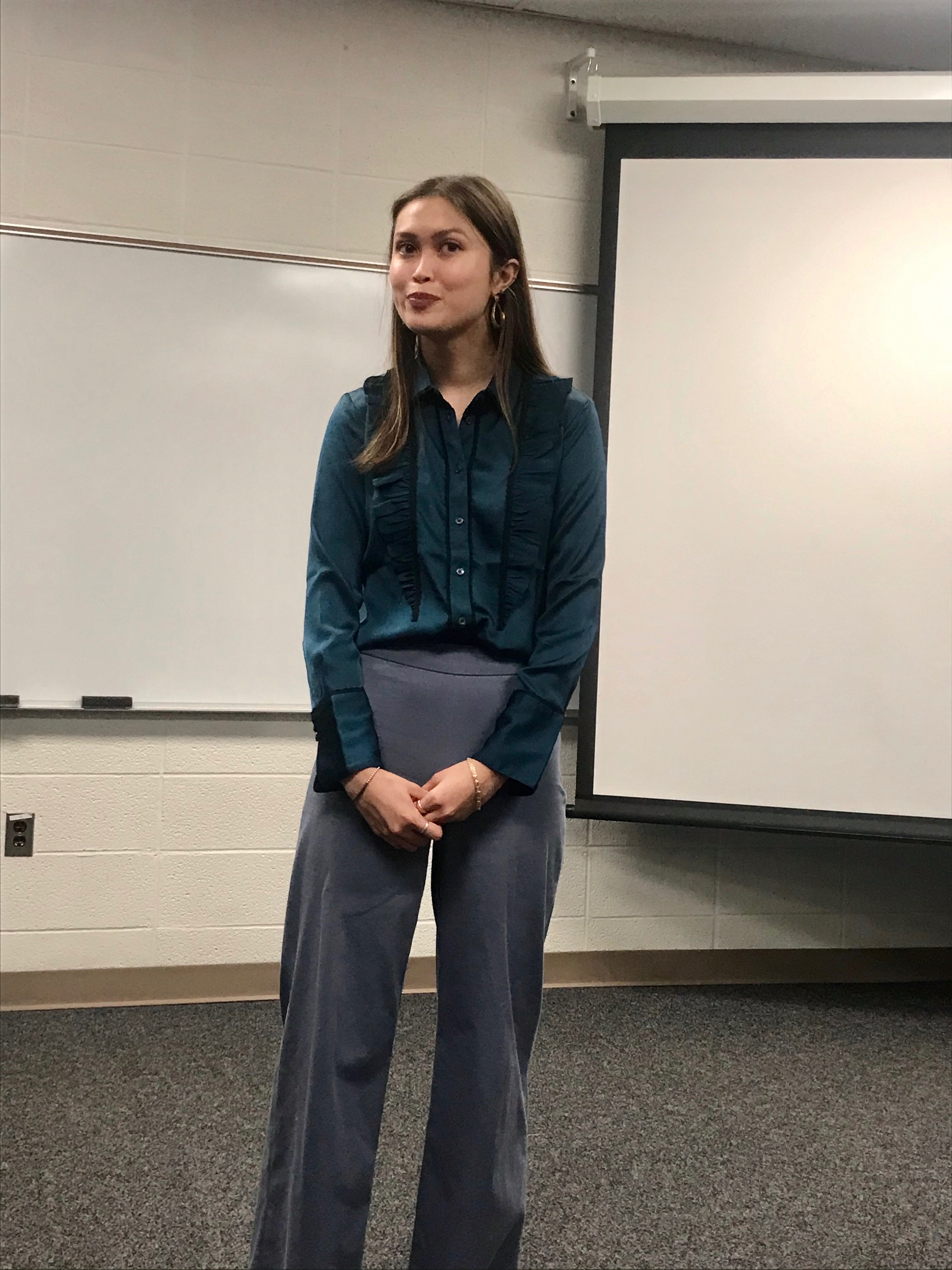