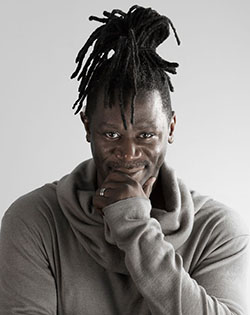 Hailing from the landscapes of the DC / MD / VA area, Acclaimed Hip Hop Recording Artist, WAWA, has been hitting the ground running with music with insatiable drive since he first picked up the mic in 2005 and began writing and rhyming at an unstoppable pace.

When you go to "WAWA's House", you'll be taken to a whole new level of music through DEAF eyes! With 15+ years in the game with no signs of slowing down at all, WAWA's critical reception and positive acclaim has manifested over the years through not only admirable work ethics, but also through a charismatic, diligent original persona and genre that he labels "Dip Hop" (Hip Hop through deaf eyes), a unique sound of audio & imagery that has helped the rising artist garner a growing fanbase that has landed him many opportunities onstage, in the studio, and everything in between that the industry offers.

His rendering of Dip Hop explores Hip Hop in a way where the focus is taking on challenges and educating people about deaf musicians in the hearing world. A pursuit where he hopes to put deaf Recording Artists on the map in the mainstream public interest. Something not only original, but admirable, genuine, and bringing music to a whole new world of audiences of artists where their disadvantage ultimately becomes their biggest one. Something that has strongly showcased WAWA's interest in inspiring to aspire. Even to those who are more challenged to do so.

In 2016, WAWA released his sophomore album "Deaf: So What?!" An album that further explores the pursuit of proving that a disadvantage can be its polar opposite; an album of inspiration for those to understand and pursue music without the sense of hearing. Now it's 2020, new music in the works, and more steps towards his ultimate goal of turning a disadvantage into a core strength for someone musically, expect nothing short of amazing in the shortcoming for WAWA as the new year makes its arrival!