The WKU Young Alumni Council is excited to share in a day of brews, tunes and fun with the Bowling Green community.

The event, which is 21 and over, benefits the Young Alumni Council’s scholarship program for upperclassmen students at Western Kentucky University.

(*To receive member pricing, members must login to WKU Alumni Association website prior to ticket purchase*)

Joel Simon, executive director of the international nonprofit Committee to Protect Journalists, will present Trump & The Truth: Defending Press Freedom at Home & Abroad. Admission is free and open to the public. 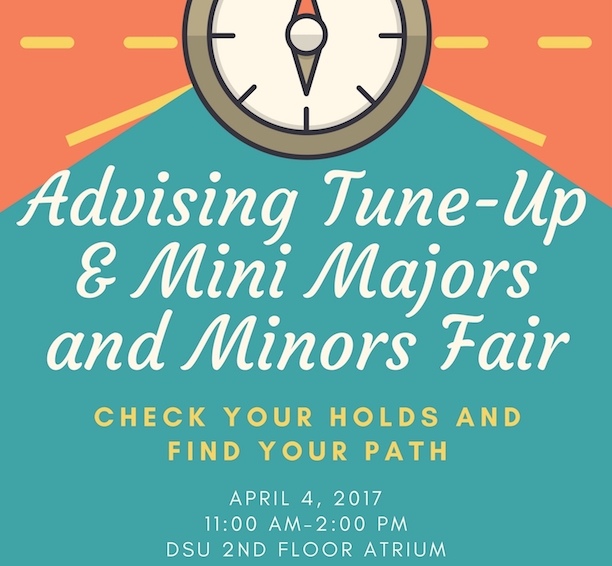 The international ment's march to stop rape, sexual assault, and gender violence: Walk a Mile in Her Shoes.

Dr. Lee is researching representations of family and marriage in 19th century American slave narratives as well as “The Meaning of ‘Pursuit of Happiness’ in the Declaration of Independence” in association with the Korean Research Foundation.

She will be at WKU from Tuesday evening, April 4 to Thursday afternoon, April 6.

This is an interactive performance and ecucation event open to music majors AND non-music majors. All levels of musicla knowedge are welcome. Everone is encouraged to participate.

The 2017 Opera Outreach program was made possible by support from Phi Mu Alpha Sinfonia and the WKU Confucius Institute.

Graduation is fast approaching! Need a professional headshot? A photo for graduation invitations? You can even take a photo with your bestie just for fun!

Come to DSU Lobby on Wednesday, April 12 from 10 am until 2 pm for a free portrait.

Once we've taken your picture, we'll email you a link to the Facebook photo album where you can download it to use.

Is Pregnancy an Appropriate Time to Intervene in Order to Improve Long-term Offspring Health?

TOPIC: Results of a research study of the life-long effects of more physical activity during pregnancy and nursing. 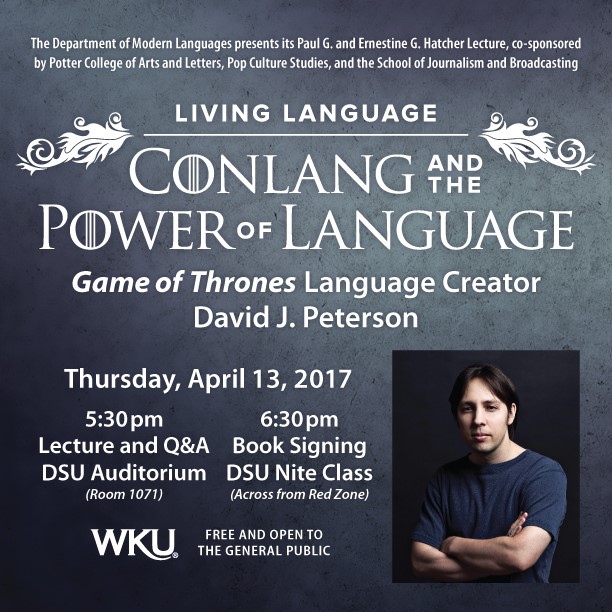 The African Students Union is having their first annual fashion show as part of our goal of showing Diversity on WKU's campus through African Clothing. Our organization has partnered with African designers to showcase their skill with using African prints. Tickets to the show are on sale now and can be purchased by emailing us (wkuasa@gmail.com) or at the site of the event. The tickets are $5 per person but $3 if you come with a survival kit item for the American Red Cross.

"The Rise and Fall and Rise of Civilizations: Indian Intellectual Culture during the Removal Era"

This talk addresses Indian intellectual history and, more broadly, a reconsideration of Indigenous engagement with global networks forged by the communications revolution. It focuses Native American students and alumni who attended Choctaw Academy (outside Lexington, KY), the first federally-controlled Indian boarding school in the United States. The school operated from 1825 to 1848, a formative period of U.S. imperialism, when federal Indian policy shifted from assimilation to removal. In justifying this change, Jacksonian officials sought to redefine the nature of Indianness—away from a primarily political identity based on membership in a foreign nation and toward a racial category associated with primitivism.

I focus on Indian scholars who pushed back, using varied tools assert Native sovereignty and modernity. Evidence drawn from their coursework and post-graduate lives reveals that Choctaw Academy’s students combined Indigenous knowledge with what they learned at school, a powerful alchemy which enabled them to theorize broadly about colonialism, nationalism, and even the nature of history. Far from a straightforward story of alienation, the students’ engagement with their coursework demonstrates how young Indian intellectuals used their studies to articulate a more empowering and useful narrative of both American and global history.

8:00am - 3:00pm
Gatton Academy's April Preview Day
The Gatton Academy will host a Preview Day for prospective students and their families so they can learn more about our school and WKU.
8:00am - 5:00pm
ASK - Conference
10:00am - 2:00pm
Alice Rowe Learning Assistance Center - Open Saturday

Known for his €œsardonic wit and incisive social critiques,€ Sedaris has published several books and essays, including Barrel Fever and Letâ€™s Explore Diabetes with Owls. The latter works audio version received a Grammy-nomination for Best Spoken Word Album at the 56th Annual Awards.

Admission to this event is free, but seating is limited and on a first-come, first-served basis.

Mario H. Nguyen, a 2012 WKU graduate, will return to campus on April 25 to give a talk on the origins, evolution and current state of U.S. immigration law as part of the 11th annual Tracing the Unexplored Series.

Nguyen’s talk, Tracing the Unexplored: A Journey Through the Immigration System, will be held from 2:30 p.m. to 3:30 p.m. at Mass Media Technology Hall Auditiorium. Admission is free and open to the public.

Nguyen is a first-generation college graduate and the child of immigrant parents. He graduated from WKU with a bachelor’s degree in Public Relations. During his time at WKU, he earned much recognition with the Forensics Team, was a U.S. Fulbright Scholar to Mexico and was named one of the Top 40 Latinos under 40 in Foreign Policy by the Huffington Post. He is a third-year law student at Harvard Law School where he works at the Harvard Legal Aid Bureau on, among other things, Special Immigrant Juvenile Status cases. Nguyen won the 2015 NYU School of Law Immigration Moot Court Competition and was named Best Oralist.

“It is such a privilege to have Mario Nguyen, a well accomplished WKU alumnus, speak about the immigration system.  His account is informed by his experience -- as the son of immigrants and his work with juvenile cases -- as well as his law training at Harvard." Dr. Sonia Lenk said.

Learn about On Demand classes and enjoy free popcorn and cotton candy!

“A Strike for Justice”: St. Clair Drake and the Struggle for Educational Reform at Hampton Institute.

“Who Tells Your Story”: Taking Hamilton (and other musicals) Seriously as History.

The WKU Marketing Council is an internal network of WKU employees who have marketing responsibility in their particular college, division, or department. The Council meets quarterly to discuss communications principles, best practices, trends and opportunities and also communicates via listserv.

Learn about On Demand classes and enjoy free popcorn and cotton candy!

Friday with F.R.I.E.N.D.S. (Finding Respect in Everyone's Natural Differences and Similarities) is a Compassion Hour to create a space for compassion as well as an opportunity to connect and reaffirm our humanness, provide support, and receive affirmation.

This event is sponsored by the Division of Student Affairs Social Justice Working Group, the Counseling & Testing Center, and the Chief Diversity Officer. This is intended to be an ongoing series and opportunity for the university community to gather, affirm one another, and reconnect.

Are you ready to show your WKU pride and support of the Performing Arts? Amanda Clark, WKU Dance Coordinator, will be leading a Shim-Sham Shimmy Flash-Mob throughout campus. We need your help and support! A crew will be filming throughout campus, getting amazing shots, for a video to post on social media for National Tap Day onMay 25th!

The attached links will provide tutorials to help you tap like the dance majors on campus or quickly learn a basic non-tap dance version! Join in on the fun and help demonstrate how Hilltoppers unite! Meet other programs and departments, show your WKU pride, join our surprise guests, and help support Dance on the Hill!

Where:We will meet in the FAC Colonnade

This dance is the anthem of tap dance and dates back to the early 20th century when tap dance as we know it was developing!

·       No experience necessary! It’s not about doing it well; it’s about showing your WKU spirit!

If your group/organization/department is interested in participating, please RSVP in advance with Amanda Clark at Amanda.clark@wku.edu.