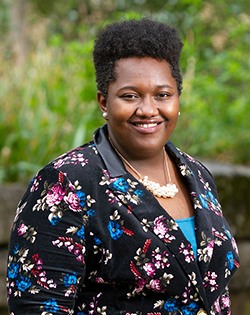 Elise Swift -Taylor is the Assistant Director of Admissions & Public Relations for The Gatton Academy, a position she assumed in September 2020. Elise is a 2016 graduate of Western Kentucky University where she double-majored in Sociology and was the first graduate of WKU’s Diversity and Community Studies major. Also while studying at WKU, Elise worked in the Office of Admissions as a TeleCounselor and TOP Guide.

In her spare time, Elise likes to spend time with her daughter, cheer on the Memphis Grizzlies with husband Chris, and tries to keep her dogs Leighlo and Lola out of trouble.