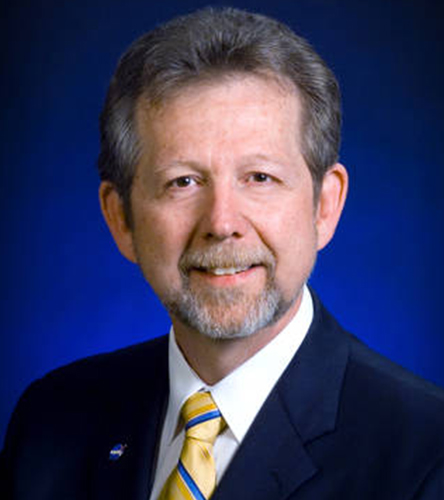 Video of the session is available online for Kentucky STEM educators to share with their students. Dr. Green shared a broad overview of NASA’s areas of scientific inquiry in a 20-minute presentation. Green talked about NASA’s planetary discoveries and upcoming missions exploring the Moon and Mars. Most of the time was saved for questions from current students and Gatton Academy alumni, including Dr. Ryan Gott ’13, who has accepted a Postdoctoral position with NASA’s Kennedy Space Center, and Will Johnson ’13, a Thermal Engineer at NASA's Marshall Space Flight Center.

Gatton Academy senior, Ashwin Menon, reflected on the experience. Menon said, "I appreciated the time that Dr. Green took out of his busy schedule to give aspiring STEM-students a glimpse of what life is like at one of the foremost science-based organizations in the world. His responses to our questions helped elucidate the research and missions NASA conducts while showing us the real-world applications of the subject material we learn in college."

Green’s career is remarkable. After receiving his Ph.D. in Space Physics from the University of Iowa in 1979, he began working at NASA. He served as the Director of Planetary Science Division at NASA Headquarters before becoming NASA’s Chief Scientist in 2018. Numerous successful planetary missions have occurred under his leadership, including spacecraft visits or flybys of Pluto, Mercury, Jupiter, the Moon, Vesta and Ceres, and the landing of the Curiosity rover on Mars. He has published extensively.

“We are incredibly honored to have had the opportunity to visit with Dr. Green and we are grateful he shared his time so generously. His abounding enthusiasm for scientific exploration was inspiring,” stated Dr. Lynette Breedlove, Director of The Gatton Academy. “His pursuit of knowledge and contributions to a field of science he loves serves as a model for all of Kentucky’s outstanding STEM students.”